Introductory remarks delivered by IASB chair Andreas Barckow during the ECON committee meeting of 31 August, as part of an exchange of views between the European Parliament and the IFRS Foundation's two standards setting boards: IASB and ISSB. 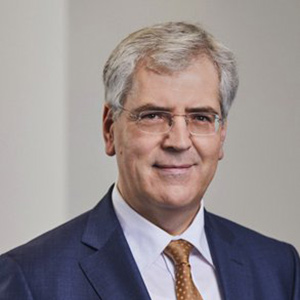 I guess most of you know what the IASB does and has been doing for the last 20 or more years. We have been active in financial reporting and standard setting in the area of accounting and financial reporting. And we are still quite active.

The last notice of a big development that we had was the conclusion of a big standard: IFRS 17, which we published in 2018 and obviously took some while. It will now be applied for the first time at the end of this year. That didn't stop our work.

We are still very heavily engaged with almost 20 projects that are underway but we don't want to stop there. We want to peek out and see what our future work program should look like. Our constitution asks us to do a public consultation - called an agenda consultation - every five years and it was just a coincidence that the latest agenda consultation concurred with my appointment.

So the agenda consultation was carried out from March 2021 and leaped 480 days, we asked stakeholders what they would like us to spend our resources on. Standard setting is one part. Engaging with stakeholders, helping with implementation and application, doing digital work and doing work on the IFRS for SMEs, to name just a few other areas. And we wanted to know: did we get the mix approximately right?

As far as our ongoing workflow plan is concerned, we asked: should we remove something from our agenda? Should we put something on it? And if we do, what should be the criteria by which we decide? Now, we have taken this feedback very seriously and have produced a feedback statement that provides the reasoning for all of the questions that we have asked and all the input that we have received.

The two overarching comments we received from stakeholders were: don't add any new projects, finalize the existing work program first. That was a constant message that we heard across stakeholders and jurisdictions and I'm very committed to that. So you won't be seeing tremendous change coming in terms of composition of our board plan, I would say for the next two years. That is when the first of these programs that we are currently undertaking come to an end, hopefully successfully, and resources become available which will then enable us to start new projects.

But we have also heard that we should concentrate our efforts to the benefit of stakeholders by not constantly asking them for feedback, for input, bothering them. So we took a very serious decision: out of 70 project suggestions that the IASB had received, we only made a commitment to look at three:

The first thing that we will do on both of these projects is to set the scope. What is it that we want to consider? Do we want to go in stages? Or do we want to partner with other parties around the globe? For instance, with the European financial reporting advisory group who have been very helpful in their comments.

The third topic is then almost a link over to my colleague Emmanuel [Faber]. We have decided to add a narrow scope project on climate related risks to our work program. Now climates. With the existence of the sustainability standards board, it is probably far better to be looked at cohesively and consistently at that board but we want the information that's been produced by companies, when they apply the standards of the ISSB, to be consistent with the information that is being produced by applying our standards. And since we can't guarantee that, we want to have a look. When the ISSB finishes their work, we want to be assured that the information ties in neatly with the information that's being provided by financial statements. And this is the purpose of this narrow scope.

We also have reserve list. Should we be highly and super efficient and resources become available sooner than we anticipate, then we might look into:

Thank you very much for your attention.

This is an edited transcript by Corporate Disclosures, and may not match word for word the spoken speech.