Kevin Dancey, CEO of the International Federation of Accountants, and David Madon, director of public policy & regulation, discuss the rise of sustainability accounting and the opportunities for the profession.

What are your thoughts on the development of sustainability standards? and does it mean accountant will have to re-learn their job and upscale their skills?

Kevin Dancey: It's probably the biggest opportunity that I've seen for the profession in my 50 years in this business. It's a huge coming together of a public interest opportunity and obligation that the profession has. And if we do our jobs right and add value with respect this information, we will be rewarded commercially as a profession, as well. 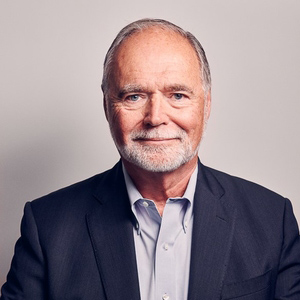 It does involve a bit of a change in the DNA of professional accountants. I don't mean only auditors, but professional accountants in business as well, to get their heads around the types of systems, controls, and data to make sure that the information is correct, so that senior management can make the right decisions and boards can give the right oversight. And then – almost at the end of the process – it comes down to the right reporting for all stakeholders.

What I mean by kind of the change in the DNA is that historically reporting has been a backward looking exercise, but now we're moving into a world where it will be much more forward looking information. That information is not necessarily going to be easy to obtain, it will be inherently more contestable,.

There is going to be a lot more uncertain information and contextual information, accountants will have to get their heads around. But in many respects, professional accountants already have the skill sets and ethical core to do this work. They have dealt with complex reporting issues for years. And, frankly, this is just another one.

But of course, getting to an agreed set of international standards, that gives a good framework for the kind of comprehensive baseline of what the reporting is going to be for investors, is the first step. And then making sure that those standards are understandable and assurable is important.

Let's dive into the standards, it seems from the material that IFAC has put out that you are more aligned with the ISSB's approach than EFRAG. Your materials talk more about climate for example, than other ESG issues.... The ISSB has prioritise climate standards, whereas EFRAG has tried to tackle other issues at the same time ... Is that a fair observation?

KD: I don't think it's totally fair. I understand what you said, the way I would clarify is: first, you mentioned EFRAG, and the ISSB, I would throw the SEC in the mix as well, there's three consultations going on.

In terms of where our support has been, it is really driven by a document we put out a year ago, which we call the building blocks approach.

We can slice it down into two building blocks, they're often referred to as pillars these days. There's the first pillar, which is, what are the impacts that the outside environment has on the long-term performance and enterprise value of the entity. That's what global investors are interested in, that's a global capital markets issue.

In this space, it needs to be a comprehensive global baseline of reporting because capital markets are global, regulatory fragmentation on that pillar is going to be a world of hurt.

But we fully acknowledge and fully support the fact that jurisdictions will have public policy reasons to require other information. And these are typically the impacts entities will have on the outside environment. But those don't have what I call a 'boomerang impact' back on the long-term performance of the entity, at least not yet, maybe over time but they don't yet.

Those kinds of requirements are probably going to be driven by jurisdiction-specific, public policy debate, and the public policy positions of European states are not always going to be the same as in the United States, or in Asia, or China, for example.

So the way we would converge EFRAG's work and ISSB's work, is that: the essence of the ISSB's focus is on building block one, it will make an awful lot of sense for Europeans to be aligned with the ISSB on that building block, because that's what capital markets investors want. If Europe goes off on its on pillar one, it will be a mess for companies and capital markets.

So having said that, and to answer your original question, we are not supporting one versus the other. We're supporting all efforts to enhance sustainability reporting, we just think it needs to be done in a way that meets the needs of investors, as well as other stakeholders.

But on the point of 'climate first the rest later' – which is the ISSB's approach as opposed to EFRAG – do you agree with that approach?

KD: It's hard to disagree with the ISSB's decision to tackle climate first, given the importance of the issue. But we've also been very adamant about saying: this needs to be more than climate. And I think the ISSB recognises that. That's why they have issued two Exposure Drafts—one on climate and another laying out an architecture for broader sustainability disclosure.

Going back to having the different initiatives converge on the ISSB's pillar one, it doesn't seem like there is much appetite at the moment from the different parties involved to find that alignment?

KD: There are three consultations going on right now, I believe that there will be tremendous pressure on standard-setters around the world to get their act together to get that global baseline.

It is a once in a lifetime opportunity to get this right, in terms of some of the concepts, terminology, metrics, etc. And if they don't, we all lose and it will have been a huge missed opportunity.

David Madon: There are a lot of public letters that have come out from various industry groups, including a lot of corporate industry groups that are calling for alignment between all three of the largest initiatives.

It's somewhat unusual to see that many diverse interests coming together and calling for that. So we expect to see more and more of that, as the three consultations conclude their consultation period, and move into the next step of standard setting.

The question of language and terminology is really interesting coming out of the accountancy profession, which one would imagine is more number than word driven – EFRAG has been criticised for not matching up with the ISSB's terminology and has publicly said that it has done so consciously for specific reasons. Is it that hard for accountants to agree on words? And call a cat a cat?

KD: Yes you could argue that complication helps accountants to make money, but it won't serve the needs of the stakeholders. If you really think this through: a world full of regulatory fragmentation with different rules, different requirements, that aren't consistent with different terminology - the only profession who is going to sort all that is the accountancy profession.

If you want to serve the needs of stakeholders, and that includes the politicians and the regulators and standard setters who are designing the standards, let's take the time to get a comprehensive global baseline, with as much common terminology and concepts as possible, so that it's a consistent, coherent set of standards. 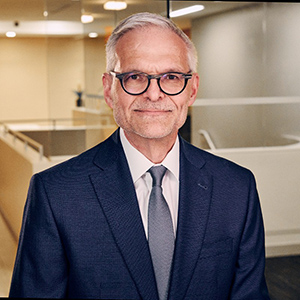 It would be a shame, if at the birth of the ISSB, and the SEC's climate disclosures initiative and EFRAG's initiative, if we ended up with regulatory fragmentation that we could then take two or three decades to converge.

We understand with financial reporting what the right outcome is, it's a global approach, because capital markets are global.

Being the voice of the global profession, IFAC is supportive of the ISSB initiative and wants to see the other ones align with it. The term that everyone uses is: interoperability which means, allowing companies to gather information once and use that information for whatever reporting requirements they have, be they global or the be national in nature, and to the extent that terminology and definitions and metrics can be harmonized, that's going to help companies and that's going to help investors.

KD: But if it doesn't have an impact on performance right now - and it may not have one in the future - then in terms of the investor community, and global capital markets, and those stakeholders who are interested in long term performance of the company, it may not be particularly relevant.

In addition, they're probably ones that are jurisdiction specific, Europe might want to see it, but maybe the US doesn't, and maybe China doesn't either. In that sense, I don't think you're going to get a global approach on all these requirements.

The social policies in various jurisdictions around the world are quite different - we have to be realistic here - And I think the common denominator is that building block one is what investors and capital markets want to know about: impacts that affect the enterprise value and long-term operation of the company.

DM: If we can get the world to think about investor focused information for sustainability, it's a better chance we can get global agreement. As Kevin says, it's harder to think about global agreement on matters that are more societal, or public policy focused. You look at Europe, and you look at the US in terms of their views on climate, for example. It's pretty hard to get an alignment... But you might be able to get an alignment on what investors want to know about how climate impacts the value of a company