A song of standards and politics

In the mid-Twenty Tens, the world of standard setting entered what some coined a "new geopolitical era". Less than 10 years later, we might be witnessing a new era all together.

In 2015, after over a decade of efforts, the convergence process between the IFRS and the US GAAP reached a dead end and all parties 'agreed to disagree'. This was the last nail in the coffin for the idea that a single set of global financial reporting standards was possible. 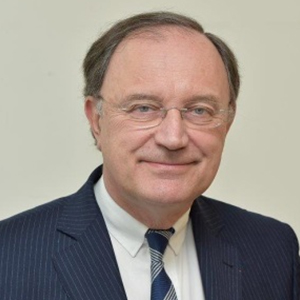 "Today, the geopolitics of standard setting has changed because of the end of the convergence process between IFRS and US GAAP," the then newly appointed president of the French standards setter (ANC) Patrick de Cambourg said.

In front of a Coca Cola (for him) and a coffee (for me) in London, in April 2015, De Cambourg also said: "Quite frankly the world can live with two models and there is more than one way to organize standard setting."

This would prove to be quite ominous seven years later.

Flashforward to June 2022, this time in Paris – the drinks haven't changed, a coke and a coffee – and De Cambourg, still president of the ANC, also chairs the EFRAG Project Task Force on European Sustainability Reporting Standards.

For the last two years De Cambourg has spearheaded, under the auspices of the EU Commission, the EFRAG's work on sustainability standards which culminated in the publication of the exposure drafts last April.

One could argue that development of mandatory sustainability reporting standards has opened a new chapter in the long history of 'a game of standards'. The EU, the IFRS, and the US SEC are the three main initiatives currently being consulted on for the enforcement of such disclosures, highlighting old feuds.

While the US, as always, wants to retain its sovereignty, the IFRS Foundation doesn't want to fall behind on the sustainability bandwagon. Europe is caught between a political desire to have EFRAG as its standards setting voice and to build on and contribute to global sustainability reporting progress on the one hand and some in the European investor communities who would prefer Europe to follow the IFRS Foundation's ISSB standards on the other hand.

Europe fostering its standard setting momentum makes sense as it fits the needs of the EU's sustainability agenda, arguably the most ambitious agenda on sustainability out there, in terms of interconnectivity between different pieces of legislation and also because Europe has fully adopted double materiality which the US and the international standard setter haven't, at least in words. But the IFRS Foundation has the benefit of speaking the language of investors, and therefore appeals to them.

"Even if we have different approach there is no antagonism between EFRAG and the ISSB," De Cambourg says. "As things stand at this stage, I seriously consider that ESRS are compatible with IFRS S1 and IFRS S2."

He grabs my notebook and draws a diagram demonstrating where the ESRSs and the IFRS Ss meet.

"So what it comes down to is really along the lines of: 'I prefer a champagne flute versus a champagne coupe', does it make the champagne different?," he says before taking the US GAAP and IFRS as an example of standards that are, "different but equivalent in substance and overall seriousness".

"In addition, from a digital standpoint we could dream about a concept I call multi-tagging," he says. "If you take a data point that is deemed equivalent under an ESRS reading, a TCFD reading, an ISSB reading or aSASB reading – that same data point can be used four times, and the reader can just choose the reading she or he wants."

Despite his enthusiasm, many fear that the IFRS and EFRAG sustainability standards are too far apart and resent EFRAG's all-encompassing approach, with 13 draft standards covering all aspects of ESG, against the ISSB's two standards, focusing mostly on climate and a generic approach to sustainability reporting.

For many, EFRAG suffers from a lack of prioritization and risks over-burdening companies with disclosures.

"We are not deciding on what the priorities are," De Cambourg protests. "Have a look at the CSRD. We may have a role in terms of depth, i.e. how far we need to go. But as regards the list of topics that we need to address, it's not our call. We have to apply the Level 1 provisions and they are pretty precise. Unlike the ISSB who has the freedom to choose its agenda, we have to comply with the political framework that gives us the direction of travel."

He adds: "So I think part of the criticism you mention in this regard comes a bit too late because the political decision has been taken now."

Sustainability as a journey

Back in London in 2015, De Cambourg, as I remember it, had expressed skepticism towards non-financial reporting, arguing that financial reporting was sacrosanct and could not be tainted by non-financial disclosures. So it is a bit surprising to find him seven years later at the helm of this enormous double materiality project, as a stakeholder told Corporate Disclosures: "[De Cambourg's] fingertips are all over this."

What has changed then?

"Only fools don't change their minds! No but seriously, it is hard to go back and explain the mindset from eight years ago. In all honesty I don't remember saying this and I'm a bit surprised that I would have said this because, when I was at Mazars, I wrote the foreword of a book on intangible capital so back then I was already convinced by the importance of non-financial disclosures," he says.

A sip of Coke lifts the fog on memory: "I'm sure that what I said back in 2015 was: 'Do not change the conceptual framework of financial reporting'. Which was a temptation for some organisations."

He continues: "I said early on that financial reporting is fundamental, it's pivotal, don't change it. But you have to realize that there is a gap between the book value and the market value of businesses. Therefore, you need additional information to explain that gap: negative and positive externalities, intangibles... And I explained this in the report I produced for France's finance minister Bruno Le Maire in 2019. So... maybe I was wrong in 2015."

Coke and coffee are drunk, time to settle the bill for the drinks, and make an appointment for the next catch up on the next episode of the geopolitics of accounting standards, potential title: A wind of standards....